A Jew for Jesus

Jhan Moskowitz, was born and raised in the Bronx in New York City. From his refugee parents, he learned at an early age what it means to be a Jew. He was disenchanted with religion in his teens, but was committed to the survival of his people and became a short-term volunteer on a kibbutz in Israel. It was there that he became a seeker. He found his answer in 1971 when he came to terms with God through His Messiah, Jesus. 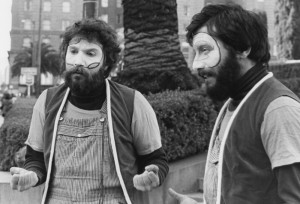 Jhan was one of the “original” Jews for Jesus volunteers, even before the organization’s incorporation in 1973. Jhan co-founded the New Jerusalem Players (a mobile drama team of Jews for Jesus) and toured the United States as leader of that team for five years. He has directed the New York branch, where he also served as spiritual leader of a messianic congregation in Manhattan. He served as director of the Chicago branch of Jews for Jesus for 25 years. During that time, he taught a Bible study for the legal community of downtown Chicago. Jhan also served as the Director of North American Ministries, overseeing the ten Jews for Jesus branches in North America.

Jhan graduated from Long Island University and received his theological training at Simpson College in San Francisco. He received his Masters in Missions from the School of World Missions at Fuller Seminary. He received his Doctorate of Ministry at Trinity Evangelical Divinity School. He was ordained through the Christian and Missionary Alliance denomination.

Jhan served as a platform speaker for Promise Keepers, bringing the message of reconciliation through Messiah Jesus to tens of thousands of men.

Theme by Anders Noren — Up ↑